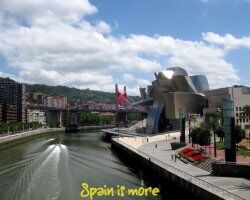 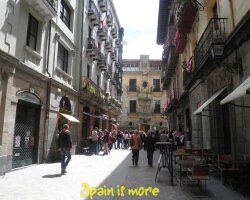 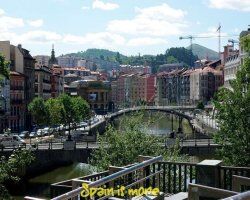 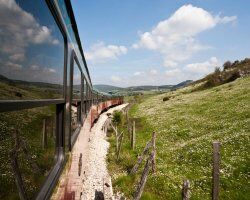 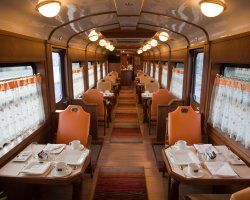 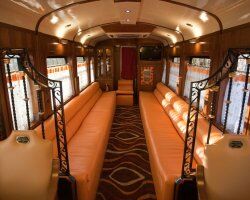 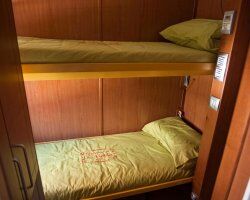 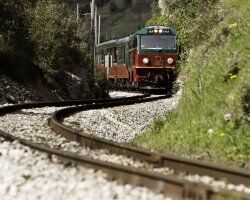 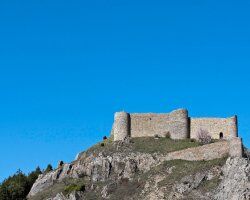 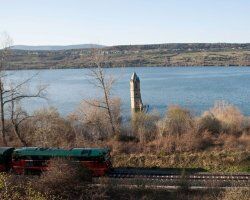 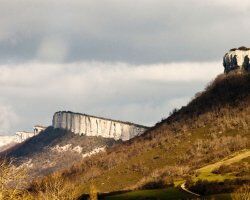 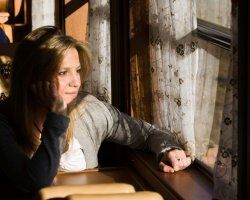 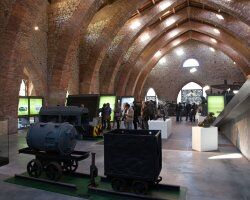 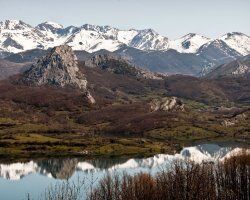 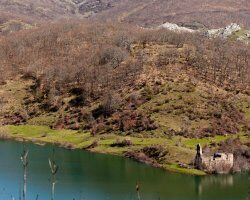 3 charming days with your own compartment from Bilbao to León or from León to Bilbao, 3 days in Bilbao y León.

This is a fantastic classic-style train with all the modern conveniences for a unique, unforgettable experience. The train also has three saloon or living room cars, all air-conditioned and heated and with the latest technology.  The train compartments have bunkbeds - There are four bunk cars, each suite with an individually heated private bathroom.

This is a train made for pure travel pleasure, the immense enjoyment that comes with contemplating the beautiful landscape that passes by from large windows where you sit. The train remains in stations overnight, allowing passengers the opportunity for a good night’s sleep as well as the freedom to walk around the towns where the train stops.

In addition, a bus will take you to any off route spots where the train doesn't go. Moreover, the guide will accompany you throughout the tour and show you even the remotest places of interest.

Every morning breakfasts will be held on board the train, which will coincide with the train's departure. Lunch and dinners are served at previously selected local restaurants, allowing passengers the ability to immerse themselves in the regional cuisines of northern Spain.

Get to know the north of Spain from Bilbao to Leon and from Leon to Bilbao, cruising 3 days and 2 nights aboard this luxury train. It's a different trip from the others, where you can enjoy both nostalgia and modernity on this large private carriage, which rivals the Classical and Glamourous Transcantabrico.

In Bilbao, on your own, you can see the Guggenheim (on the way Leon - Bilbao) and enjoy Bilbao's world reknowned cuisine. In addition, you will also discover the beautiful city of Leon with its wonderful atmosphere and breathtaking Cathedral (on the way Bilbao - Leon).

If you want, you can add a couple of nights in San Sebastian, Madrid or anywhere else that you might want to visit on this trip.

NOTE: One star accommodations in bunk beds in a private compartment. The compartments are nice, but small and are mostly suitable for sleeping.

From 1.390 EUR/pers.Per person in a double compartment

During the afternoon or the next morning (depending on your time of arrival), you will visit the Guggenheim Museum (entry included in the price) and you can visit the Old Town in Bilbao and enjoy its marvelous "pinchos," a small snack, typically eaten in bars, traditional in northern Spain and especially popular in the Basque country and Navarre.

Bilbao is the largest city in the Basque Country. Compared to elegant San Sebastian, Bilbao had always been considered the ugly sister. Things changed, however, when American architect Frank Gehry chose Bilbao as the home of the Guggenheim Museum, which gives Bilbao a magnificent, modern and futuristic feel. Besides the museum, there is another unmistakable thing about Bilbao, its food. Basque cuisine is the culinary mecca of Spain, with the highest concentration of Michelin-starred restaurants in the world.

Baggage collection starts at 14:00 at the Concordia Station in Bilbao, a unique modernist building dating back to 1902 and one of the truest heritage sites of Bilbao from the Belle Epoque.

At 15:00, once you're comfortable onboard, The Robla Express will head to Espinosa de los Monteros, a beautiful villa in Las Merindades, Burgos. The bus will then take you to the city of Frias and the waterfalls of Tobera. Dinner and overnight in Espinosa.

While enjoying your fist breakfast on board, the train will take you to Mataporquera. Later on, the bus will take you to one of the most fascinating sites of Romanesque art in Palencia, along Camino de Santiago; Carrión de los Condes, Frómista and Saldaña. We will tour the town, where you can also enjoy some free time before continuing the journey, visiting the Canal de Castilla and the Romanesque church of San Martín. Free time and lunch. In the afternoon, we will continue to go back in time with a visit to the Roman Villa of La Olmeda and its magnificent mosaic collection. Back on the train, we wil enter “La montaña Leonesa” (Mountains of León) arriving at Cistierna, where we will have dinner and spend the night.

The Robla Express will roll onto San Feliz. From here, the bus will take you to visit the city of León, to discover its impressive historic center with San Isidoro and the Cathedral as the main exponents. Free time and end of the trip at approximately 2:00 p.m.

After the breakfast you will return to Madrid by high-speed train. End of itinerary.

Please, let us know if you wish more nights in Madrid, León or elsewhere during your trip.